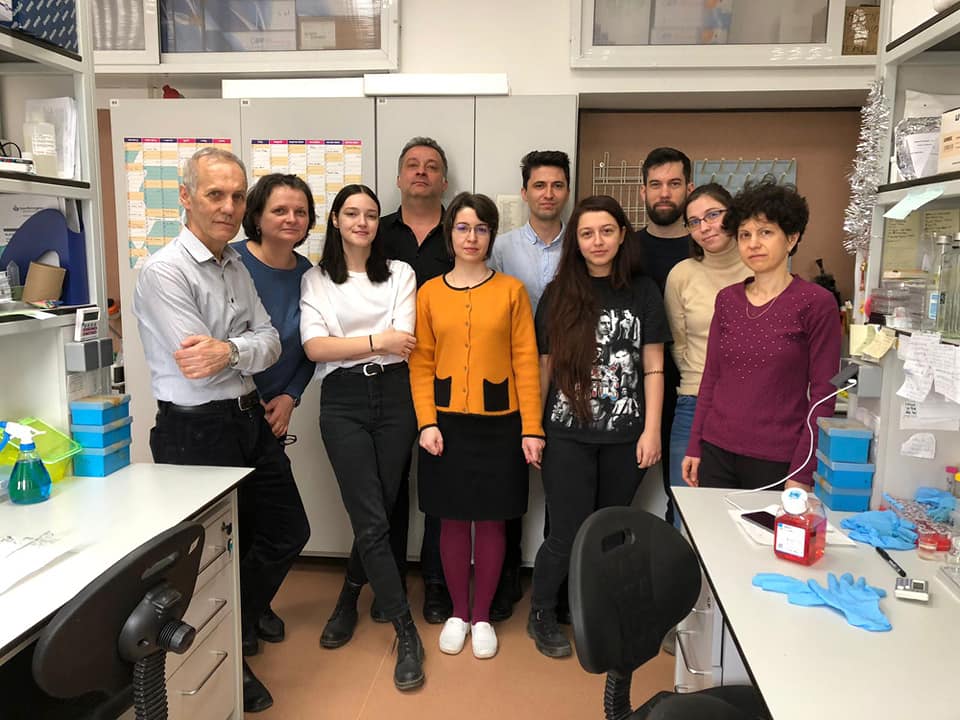 The central research topic of the group is the study of the structure-function relationships of signaling enzymes, with emphasis on tyrosine phosphatase proteins. We aim to contribute to the understanding of how their structural characteristics are correlated with specific signaling functions. To this end, we analyze each signaling enzyme that we investigate from several directions:

The combination of results thus obtained in this way is further used to shed light on the signaling mechanism and the overall functional role of the given enzyme.

Our team is involved in numerous national research projects and international collaborations.

Thus, the specific research projects in progress are:

·  Research Grant 548PED/2020-2022 from UEFISCDI for "Development of a functional model of a neutron activator (NA) controlled by a cyclotron to obtain a radiopharmaceutical based on an affibody coupled to a surface of activated nanoparticles", Partner (P) team, PN-III-P2-2.1-PED-2019-4184;

·  Research Grant 64PCCDI/2018-2021 from UEFISCDI for „Development of radio-pharmaceuticals and nuclear technics in oncology for imaging and personalized therapy at molecular level”, Partner 1, PN-III-P1-1.2-PCCDI-2017-0769;

The decline of cognitive capacity is one of the most debilitating features of neurodegenerative diseases. To a great extent, this is due to changes in the molecular composition of postsynaptic membranes which in turn leads to reduced synaptic plasticity. Synaptic function depends on synaptic plasticity which can either potentiate or depress information transfer. As a rule, high-frequency stimulation potentiates synaptic activity leading to long-term potentiation (LTP) while low-frequency stimulation depresses synaptic activity leading to long-term depression (LTD). Long term changes in synaptic functions can be induced by activation of NMDA receptors which modify synaptic strength through regulating the number of postsynaptic AMPA receptors (AMPAR). NMDAR activation leads to Ca2+ influx through the receptor coupled ion channel which can initiate either LTP or LTD, depending on the spatiotemporal activation profile. Cognitive impairment and learning ability of the brain is directly linked to synaptic plasticity as measured in LTP changes in animal models of brain diseases.

AMPARs are glutamate-activated ion channels which mediate the fast excitatory ion current underlying information transmission in the brain. An increase in the number of postsynaptic AMPARs leads to increased synaptic strength during LTP, while a decrease in postsynaptic AMPAR number produces LTD. Increased number of AMPAR during LTP can be mediated by both exocytosis of AMPARs and/or lateral diffusion of AMPARs from the peri-synaptic membrane to the synapse. Conversely, LTD leads to AMPAR diffusion away from the synapse and receptor endocytosis.

Post-translational modifications of AMPAR cytoplasmic region like tyrosine phosphorylation were proved to play important role in receptor trafficking and other processes so that a specific phosphorylation pattern of this receptor might be associated with a physiological or pathological state. The main idea of this project is to modulate the phosphorylation state of AMPA receptors in such a manner to favor a physiological functionality of the receptor. Eventually, we aim at identifying lead compounds with potential cognitive enhancement effect.

2. Mapping of tyrosine phosphorylation sites and functional analysis of EYA 3

Eyes absent (eya) proteins are members of a regulatory network of evolutionary conserved transcription factors and cofactors, termed retinal determination gene network (RDGN) in Drosophila, along with twin of eyeless (toy), eyeless (ey), sine oculis (so) and dachshund (dac). From insects to humans, there are correspondent gene families - Pax (for toy and ey), Six (for so), Eya (for eya) and Dach (for dac) - referred to as the PSEDN (Pax-Six-Eya-Dach) network. This network holds important roles in the development and homeostasis of various tissues and organs - eyes, kidneys, nervous system, ears, muscles - as well as in the context of limb formation, gonadogenesis and neurogenesis. Loss of function mutations in the Eyes absent genes can lead to several congenital syndromes, for example cardiofacial syndrome, bronchio-oto-renal syndrome, oto-facio-cervical syndrome, congenital cataract, late onset of deafness. On the other hand, overexpression of Eyes absent has been detected in diverse types of cancers like epithelial ovarian cancer, Wilms’ tumors, lung adenocarcinoma, colorectal cancer, colon cancer, esophageal adenocarcinoma.

3. Identification of signaling mechanisms involved in tumorigenesis, as a result of EYA3 dephosphorylation of the specific substrate WDR1.

Eyes Absent protein 3 (EYA3), active c-Src, WDR1 as well as tyrosine phosphorylated form of WDR1 have been reported as playing important roles in breast cancer initiation, progression and metastasis. It has been also shown that protein tyrosine phosphatase activity of EYA3 mediates breast cancer cell migration, invasion, transformation and metastasis through an as yet unidentified mechanism. Our recently reported findings indicate that WDR1, a significant mediator of actin cytoskeleton reorganization i) is phosphorylated by active c-Src, ii) is an in vitro cytoplasmic substrate of EYA3 and iii) its dephosphorylation by EYA3 generates major changes to the cellular actin cytoskeleton. The central task of the present project is the in vivo validation of WDR1 dephosphorylation by EYA3 and identification of the downstream pathways. Initially, we will assess how the expression of EYA3, c-Src, WDR1 and the Tyr phosphorylation level of WDR1 correlate with the tumor-promoting effects in several representative breast cancer cell lines, what are WDR1/EYA3 interactors and what molecular mechanism(s) underly the identified correlations and interactions. Moreover, we wish to shed light on how the dephosphorylation of WDR1 by EYA3 is connected to Rho GTPase signaling pathways. Finally, we aim to elucidate the involvement of in vivo dephosphorylation of WDR1 by EYA3 in the tumorigenic properties of breast cancer cells using subcutaneous xenografted mice.

4. Design and laboratory experimentation of a molecular vector based on Holmium166 for re-diagnosis and targeted radiotherapy.

Our project is structured on three distinct panels of experimental development and applied research and has as final result the realization of a functional model of a neutron activator (NA) controlled by a cyclotron, to obtain a radiopharmaceutical based on an antibody coupled to an activated nanoparticle surface; the nanoparticles contain radionuclide that emits β Holmium-166 (t1 / 2 = 26.8 h), a type of radiation proven to be effective for targeted cancer therapy.

·   Research Grant 548PED/2020-2022 from UEFISCDI for "Development of a functional model of a neutron activator (NA) controlled by a cyclotron to obtain a radiopharmaceutical based on an affibody coupled to a surface of activated nanoparticles", Partner (P) team, PN-III-P2-2.1-PED-2019-4184;

·    Research Grant 64PCCDI/2018-2021 from UEFISCDI for „Development of radio-pharmaceuticals and nuclear technics in oncology for imaging and personalized therapy at molecular level”, Partner 1, PN-III-P1-1.2-PCCDI-2017-0769; 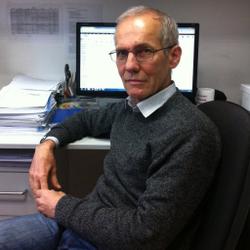 Professor Dr. Stefan Eugen Szedlacsek is the Head of the Enzymology Department at the Institute of Biochemistry of the Romanian Academy. He holds a PhD degree in Biotechnology from Polytechnic University of Bucharest as well as a MSc in Organic Synthesis (Polytechnic University- Bucharest) and MSc in Mathematics (Bucharest University). As a visiting scientist, he performed research in the field of cholesterol metabolism University of Illinois at Urbana-Champaign (USA), where he succeeded to evidence a new pathway in the metabolism of oxysterols. He is an “Alexander von Humboldt“ fellow and worked in Germany, in the Institute of Biochemistry (Kiel University) More... 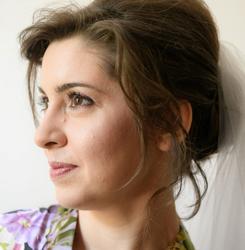 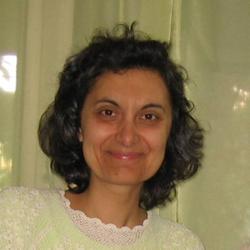 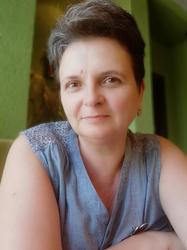 1. Trojan horse treatment based on PEG-coated extracellular vesicles to deliver doxorubicin to melanoma in vitro and in vivo.

5. Biological and molecular modifications induced by cadmium and arsenic during breast and prostate cancer

8.      WDR1 is a novel EYA3 substrate and its dephosphorylation induces modifications of the cellular actin cytoskeleton.

10.      Dysregulation of lysophosphatidic acids in multiple sclerosis and autoimmune encephalomyelitis.

12.  The leukotriene B4 receptors BLT1 and BLT2 form an antagonistic sensitizing system in peripheral sensory neurons.

17.  A novel luminescence-based method for the detection of functionally active antibodies to muscarinic acetylcholine receptors of the M3 type (mAchR3) in patients' sera.

Molecular modeling of a set of peptides that can disrupt the GluA2-Cterm complex with STEP (Complex A) or BRAG2 (ComplexB).

The project is agreed as a joint collaboration among IBAR and ATOMKI, UD and IFIN-HH is a cost free participant. There are two main directions envisaged by the proposed project: receptors mapping and therapy, using an affibody against HER2 receptor, combined with an adequate radioisotope. In this respect, the specific objectives are: a) expression and purification of affibodies; b) establish labeling procedures; c) ex vivo and/or in vivo testing of optimal compounds.

Enzymatic characterization of both mEya3 and hEya1 to identify the similarities and differences between these two proteins with relatively low sequence homology.

Synthesis of the catalytic domain of ancestral PTP and its characterization both in vitro and in vivo.